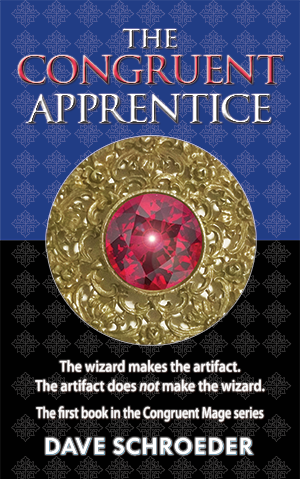 EYNON was excited to leave his village and set off on his wander year. He’d turned sixteen today, and hoped for at least a few adventures.

At high noon, he arrived a crossroads and saw a shimmer of silver in the mud. It was a thin and dirty oval, about the size of his palm. He washed it with squirts of water from his goatskin, then marveled at what was revealed.

It was a silver amulet, worked with complex, interlaced designs. An oval blue gem more than an inch across, with deep facets, was set in its center. The silver danced with reflected sunlight and the gem seemed to be filled with sparks. It was the most beautifully-crafted thing he’d ever seen.

Eynon noticed strange writing on the back of the amulet. As he raised it to eye level for closer inspection, one of his fingers inadvertently pressed a small stud on the edge. A tremendous blast of blue fire shot out from the gem on the opposite side, striking an ancient leafless oak and turning it into a flaming torch.

Someone behind him whistled. Eynon dropped the amulet, afraid of what else it might do, and turned to see an old farmer, leaning on a shovel.

“Well, young man,” said the farmer. “It looks like you’re going to need a wizard.” 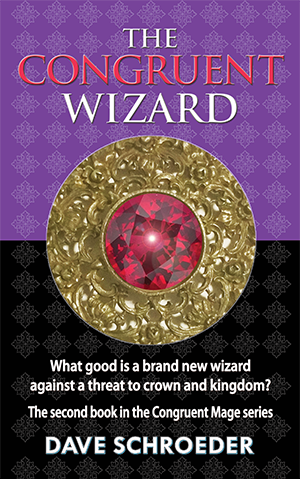 KINGDOMS are at war and young wizards Eynon and Merry are thrust into a complex web of conflicts, conspiracies and long-hidden secrets as they learn more about the true threats facing Dâron, including an invasion by five hundred dragonships from the northern Kingdom of Bifurland.

On the Bifurlanders’ flagship, Eynon demonstrates his magic for their king.

It will have to be a fireball, thought Eynon.

He twirled his staff a few times, trying to look impressive, then realized he’d need a lot more practice before he could. Eynon held up his staff and concentrated, calling on his red magestone for power and his blue magestone for control before releasing a concentrated blast of energy skyward.

Seconds later, everyone was tossed to the deck by a tremendous explosion overhead. Concentric rings of blue fire surrounded the glowing red ball. A massive boom like the loudest peal of thunder ever heard assaulted their ears. Waves of heat beat down, almost setting the ship’s sails alight. 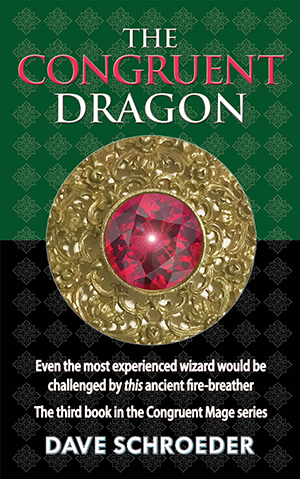 “Fly higher,” shouted Nûd from the back of his wyvern.

Merry and Eynon were side by side on their flying disks, hovering close by. The wyvern was already following Nûd’s recommendation and gaining altitude. Eynon and Merry did likewise until they were a hundred feet up and could witness the terrifying scene unfolding.

The floor of the quarry buckled and split, revealing a huge, green-scaled monstrosity. Rocks from the quarry floor were sliding off the beast’s back, crashing down into piles of jagged stone. A cloud of greenish dust rose from the quarry as boulders the size of milk cows sailed skyward, tossed up by snapping layers of stone.

Then the great beast’s long neck came free, releasing a wedge-shaped head with a mouth large enough to swallow them all in one bite, and teeth the size of scimitars. The head moved left and right, using long-dormant muscles. Intelligent dark-green eyes with vertical black pupils blinked in the sunlight. Their depths seemed to spin in a hypnotic pattern. 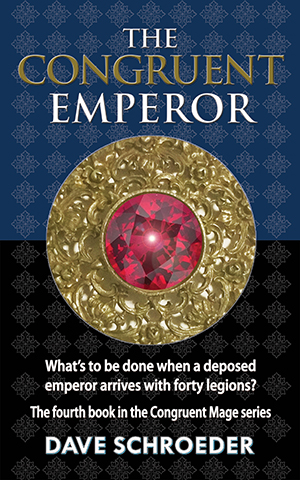 EYNON was a thousand feet above the Tempest Isles’ great harbor, spinning so fast he felt like an empty cask caught in a whirlpool.

His protective sphere of solidified sound was buffeted by driving rain and near hurricane-force winds, knocking him about and slamming him into the interior of his sphere so hard he couldn’t summon the focus he needed to gate out. In the space of a heartbeat, the surface of his sphere turned red-orange and the temperature of the air inside it rose to nearly unbearable levels as he was blasted by well-coordinated jets of flame from seven obsidian-colored dragons.

Eynon involuntarily inhaled and sensed the hot air scald his lungs. He coughed and felt himself close to passing out. He tried to center his mind and find inner calm amidst the shrieking gale and gouts of dragonfire but failed when the fearsome snout of one of the black dragons crashed into his sphere at an angle, increasing its rotation and sending Eynon off on a completely new vector.

At least they’ve stopped breathing fire, thought Eynon. Just my bad luck a Roma dragon flew through my cloud illusion and revealed my presence. So much for trying to be a hero. 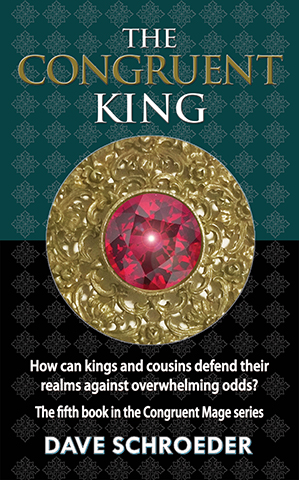 “Yes, father,“ said Nyssia. She removed a slim blade from the scabbard at her hip and advanced on Nûd, the tip of her point rotating hypnotically.

Nûd backed away and tried to pull his broadsword from its sheath, nearly tripping himself in the process. Nyssia closed, preparing to mock skewer Nûd through the throat, so Nûd allowed himself to fall over the end of his sheathed sword and land on the ground in front of Nyssia. Continuing the motion he’d already started, he began to roll into her ankles and tried to knock her off her feet. Nyssia, however, was too fast for him. She backed away with the grace of a dancer to avoid Nûd’s rotating body.

Nûd’s long arm shot out and tried to grab one of Nyssia’s ankles, but was unsuccessful. The young woman deftly avoided Nûd’s grasp but forgot the scabbarded sword at Nûd’s hip. Using his other arm, he gripped its pommel from his place on the ground and flipped the sword around on his belt so one covered edge hit Nyssia behind her knees, knocking her to on her buttocks. Nûd quickly rolled away, putting distance between them.

Nûd was worried when he saw she didn’t get up until he realized she was laughing. 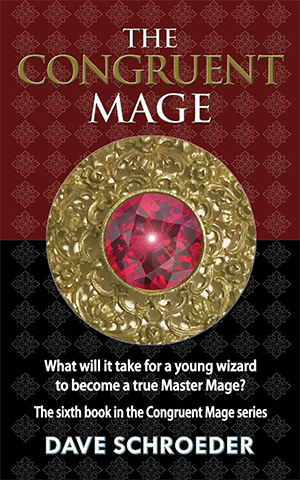 “Watch out for its tail!” shouted Merry as she floated high above an open spot in the jungles of central Valentia.


Eynon was’t able to fly up out of range but did generate a spherical shield of solidified sound in time to save himself from the full force of the nearest glyppo’s blow. The great armored beast was the size of an elephant and resembled a cross between a giant pillbug and a colossal opossum, with the addition of a long, muscular tail ending in a spiky, mace-like tip. The young mage heard the whistling sound of the tail’s motion, saw the spikes approaching his shield, and felt the impact send him sailing toward the edge of the clearing. Unfortunately, another glyppo noticed Eynon’s approach and used its tail to thwack him and send him off in another direction.